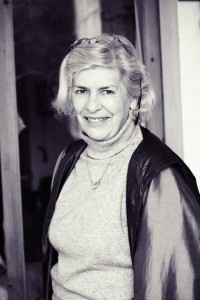 I was born at the shores of Lake Constance in Southern Germany. I was raised between Holland, Austria and Germany as daughter of an aircraft chief test pilot and a massage therapist. At the age of 20 I migrated to the US, where I got married and had two children. I was certifed by the International Reflexologist Institute of the US in 1976. Later, I returned to Europe and established myself as reflexologist in Mallorca.

Today, I am known as a pioneer and the “grandmother” of Reflexology in Spain. Reflexology is one of the most effective methods in the field of alternative health, such as the foot massage. I am fluent in four languages, German, Dutch, English and Spanish, but I believe that the true universal language is touching hearts. I am known for my vitality, dedication and goodwill towards others, and I hope to brings you closer to reflexology in a very simple and practical way; with my One -Day Footmassage Workshops, as well as my relaxing one hour foot massages.